As soon as the spaceship disappeared, Carlita and Lupe looked at each other and giggled a little bit nervously.

“What will we tell the townspeople?” asked Carlita.

Lupe always had the answers, “We will say she has gone for a visit to my cousin Eduardo’s, who lives in Carlsbad. He’s the only one open minded enough to let in on this huge secret. He will vouch for us if we call him right now.”

For in Chimayo, everyone knows everyone else and enjoys knowing about each other’s lives. It was essential for the two women to have a plausible explanation for Astara’s sudden disappearance, for so many people in the community came to her often for guidance.

Lupe gently rubbed Carlita’s shoulders, “Come inside, my daughter, and get some rest. I will make you a nice cup of chamomile tea with honey. I’m sure Astara will be contacting us soon.”

Even though they were both still nervous about the situation, they too were Starseed, and after being touched on their third eyes had not only become quite telepathic, but ancient memories were downloading into their conscious minds from the Akashic Records of their newly awakened DNA.

Lupe started a dinner of pinto beans and green chile tamales, then went to her room and pulled out her bag of crystals. She went out to the Oak Tree where Astara loved to meditate and spontaneously created a crystal grid using Selenite, Rose Quartz, Labradorite and Snowflake Obsidian. She used some tiny pine cones also and sat down on the ground with her back up against the tree, feeling the energy grounding her and giving her strength.

“What are you doing, Mama?” Carlita asked telepathically as she looked out the window. “I’m quite pleased to be able to talk to you with a wall and window between us. This is very handy!”

“Oh, just made a crystal grid, even though I never heard of them before. It just felt right so I created one right here in the dirt. It’s helping me calm down. So much to process, isn’t there?”

“You can say that again, Mama,” Carlita replied, then went into the kitchen to finish making dinner. And to drink the chamomile tea with honey her mother had prepared for her before going outside.

As they sat down to eat, they began talking about ancient mysteries, a topic they had both enjoyed researching for quite some time. Their Bible was always in the kitchen, for they studied it daily.

“Carlita!” Lupe suddenly exclaimed, “I know what the Bible really stands for now. It’s Basic Instructions Before Leaving Earth! And little Astara, she is so pure, with all her meditating and praying, it’s no wonder she called the Pleiadeans to her since she began talking to them when she was only 2. I pray our girl is doing well.”

Suddenly a rosy pink light began to emanate throughout the room, and as the two knelt in prayer to honor such a new experience, they both began to perceive little Astara. She was being projected holographically into the center of a golden egg.

“I am nearly to the Pleiades star system, Mama and Abuelita! The spaceship is super cool. Deva Lux and Gif Hu are the names of the two you met. They have been downloading information into my mind since I climbed aboard the ship.

After we disappeared through the sky portal, we entered a mothercraft which is about a thousand times bigger than the craft you saw. This mothercraft can travel thousands of light years in just a couple of hours.

My new friends say that I can learn the protocol for bringing peace to our planet. It will take a lot of hard work, diligence and patience, and we must always keep our hearts and minds open. And be prepared for things we never thought possible to happen as the Fifth Dimension becomes our reality for eternity.

They are friends with beings from other star systems, some of whom are right here in the mothercraft. I have met a couple of Arcturians and a Sirian so far. Apparently, there are some star beings who like to cause trouble. The Draconians are not all bad, but many of their race are the ones who came to earth thousands of years ago and planted seeds of separation, fear, and war into the hearts and minds of people. These same beings do not wish for our planet to ascend because they feed off the energy of darkness.

What we need to know is that the power of Love will always triumph over war. No matter how things may seem right now, with all the wars and struggling of millions, Love is at our very core and it is to this state of Love which we are returning to.

Oh, and you know how I have always loved crystals? They just showed me how to make crystal grids for healing, so I made one for you two, to help ease your worry. They have a whole roomful of crystals on the ship and were quite amused with my excitement!” Astara’s bright blue eyes shone as she told them this news.

“Oh, my granddaughter, I just made a crystal grid myself and didn’t even know about them before today. It’s helping your mama and me to be calm, and now I know your grid also helped us!” Abuelita Lupe replied happily.

“I love you both so much and miss you terribly, I have been gone for a week already, but for you that must only seem like hours.” Astara’s image began to fade, and the beautiful female Pleiadean, Deva Lux, appeared, her golden eyes twinkling as her melodious voice resonated through both their minds,

“Your little girl is doing very well, we are so pleased with her abilities. You are amazing women to have raised such a remarkable child. We know she is going to do great things and help bring the people of Planet Earth into the Fifth Dimension of Peace and Love. We will transmit to you in these holographs quite often so she can tell you about her journey. We wish you both many blessings of love. Namaste.”

The golden egg of light disappeared, but the rosy pink light remained as they ate their dinner, not feeling any further need for conversation, their food seeming much more delicious than they could ever remember, as feelings of deep compassion and love opened their hearts and minds quite broadly. They both realized there was nothing to fear and gave each other a big hug before going to bed.

When they reached their bedrooms, they both felt inspired to Ohm together, something they had learned at the yoga class Astara had talked them into joining when she had been 7. The yoga class had been initially started there in Chimayo back in the Seventies, when lots of hippies moved in to the community to get away from mainstream culture and learn to live off the land. The class became very popular over the years, and now there were many yogis and yoginis gracing the community.

As they drifted off to sleep, their lovely and sweet daughter in a mothercraft in another star system, the air in their little adobe home turned golden, as the Creator was so pleased with these wonderfully faithful women who had just been transformed and opened up deeply that night.

“We are Love, sweet women, and you are blessing this world with your open hearts and minds. Deep compassion leads the way!” The pleasant voice of Gif Hu floated through their sleepy minds.

“Good night mama, good night Abuelita! I can see you on the screen here, sweet dreams!” came the loving voice of their little Starchild. The two women simultaneously drifted off to sleep, dreaming of being on the mothercraft with their beloved child. 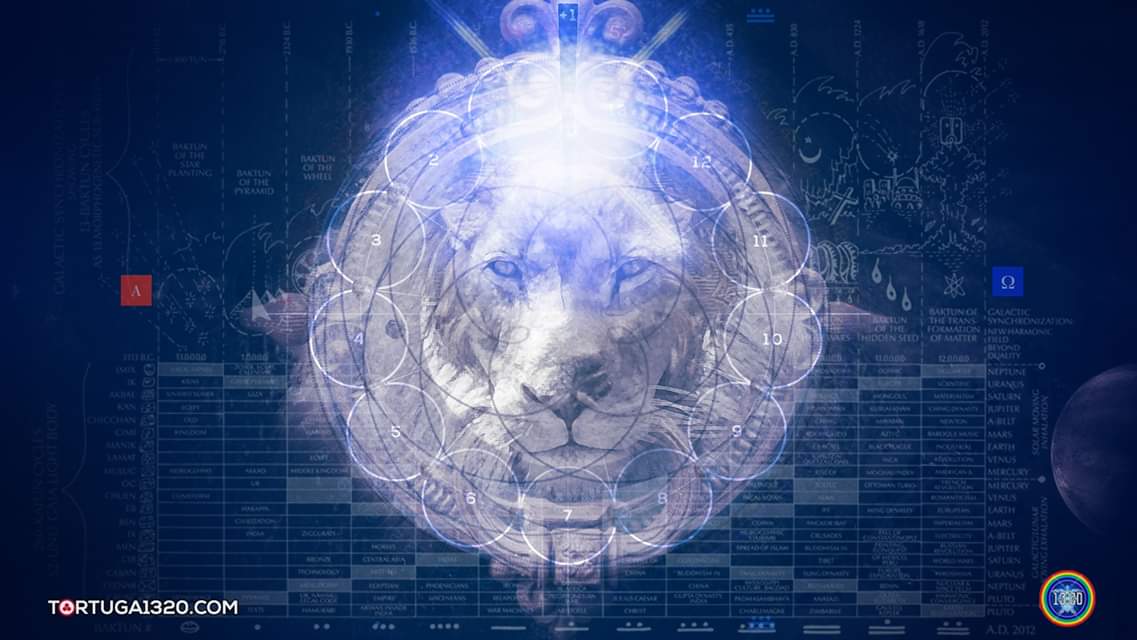 Past the Lionsgate – Energy Update 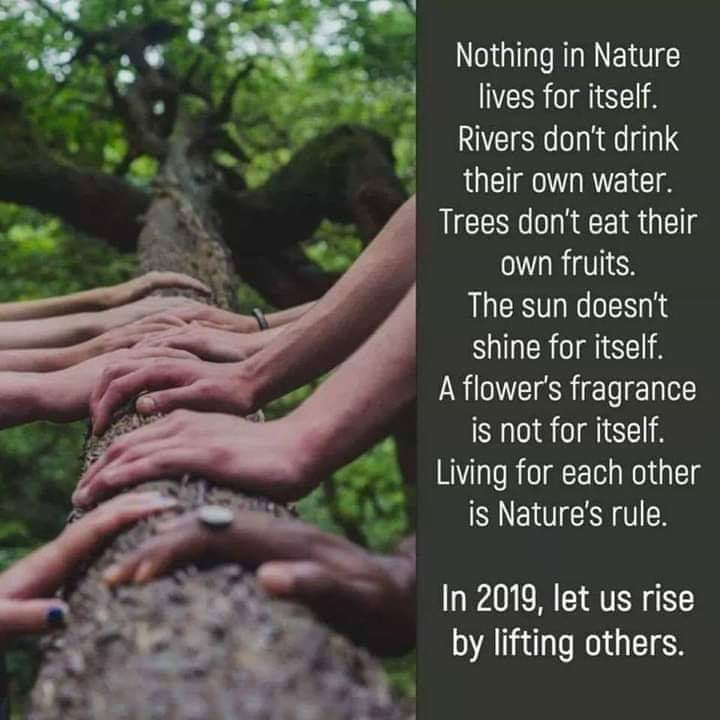 Hello There, If you’ve been feeling some pressure lately, you are not alone. The energies have been super amped up this August as we entered the Lionsgate after going through the two eclipses in July, then the New Galactic Year began on July 26th. We are now at a new Beginning – the Harmonic Convergence […]